Get fresh music recommendations delivered to your inbox every Friday.

There Was A Storm Last Night: Sounds From The Macphail Music Program

by The Macphail Music Program 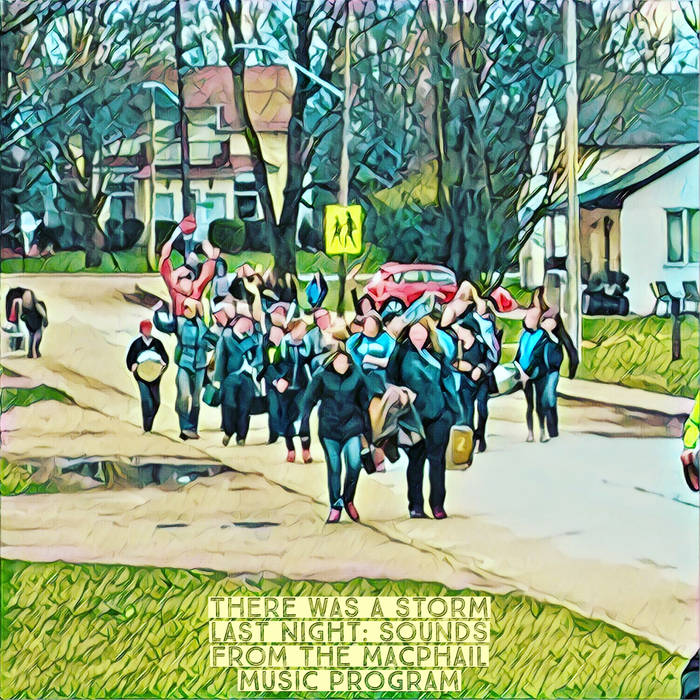 In 2016 Josh Richardson and Mudtown Records set up a live, off-the-floor recording at St. John's United Church in Flesherton, Ontario. Over 100 Macphail Elementary School Music Program students joined by a handful of high school students from GHSS, staff and community members participated in a mad, magical, messy afternoon of one-take only captures of the ideas, the songs, the music presented here. The second track here "Duties Of A Lighthouse Keeper", by the wonderful group Human Highway, was picked up by the national music magazine Exclaim! I'm not sure they have ever featured an elementary school ensemble before or since? Our Macphail Tigers Concert Band featured here as well went on to win a Platinum award at the prestigious Music Alive festival in York Region, receiving an invitation to play against the best elementary school bands in the country. Of course, this wonderful group went on to earn a GOLD medal at the Canadian Musicfest Nationals finals in Ottawa. This certainly represents one of the finest and most memorable years of my endlessly beautiful times at Mac Music.

Originally, the release of this album was meant to support a bursary/fund/scholarship for students of this tremendous campaign as they moved on to post-secondary studies. Given the dramatic turn of events in all of our lives, we would like to offer this recording as a fundraiser for the Centre-Grey Health Services COVID-19 Relief Fund. There is an important reason why and her name is COLLEEN VANDENBERG.

From the get-go, Colleen has been an unflinching and stalwart supporter of the Macphail Music program. She has been band manager and muse, nurse, chaperone, comforting force, and friendly face to HUNDREDS of Tiger musicians over the years. Words cannot express my gratitude to this otherworldly superhero and front-line worker. How many times did she get off a night shift at the hospital just to sit on a school bus for hours on end and travel to some festival far away? ALWAYS bubbly. ALWAYS cheerful. ALWAYS THERE. In some ways, she is as responsible for the success of our award-winning, nationally-recognised, touring, travelling Tigers Concert Band as the kids involved or yours truly. This recording is TOTALLY dedicated to you, Colleen Vandenberg. Thank you. C

If you would like to make a donation to the Centre-Grey Health Services COVID-19 Relief Fund follow the link here. Be sure to direct your donation to said fund.

This was a very special project to be a part of. The students were so clearly engaged by Charles and his enthusiasm. What a captivating group of young people, listening carefully, and exercising their own creativity in such a beautiful way. I really hope that this can continue. Thank you to Charlie and all the students for involving me in the project. I was moved to tears by the performance. With much respect, Josh

The Flesherton Symphony Orchestra (FSO) is a truly unique ensemble made up of elementary and secondary school students and community members.

If you like There Was A Storm Last Night: Sounds From The Macphail Music Program, you may also like:

Bandcamp Daily  your guide to the world of Bandcamp